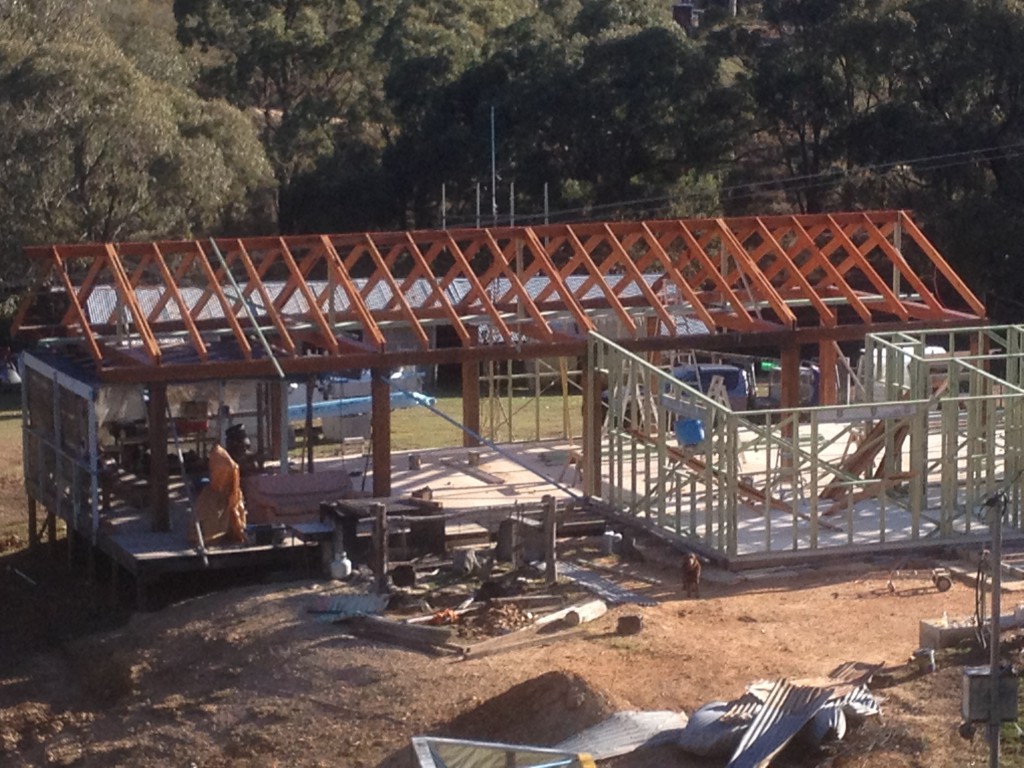 Here is another update on my project – Follow the Build Part 8.

You would have read in my last post Follow the Build Part 7 where I was working on the kitchen and laundry frame. I’ve already got the structural post and beams up with my ironbark and now it’s time to pitch the roof. 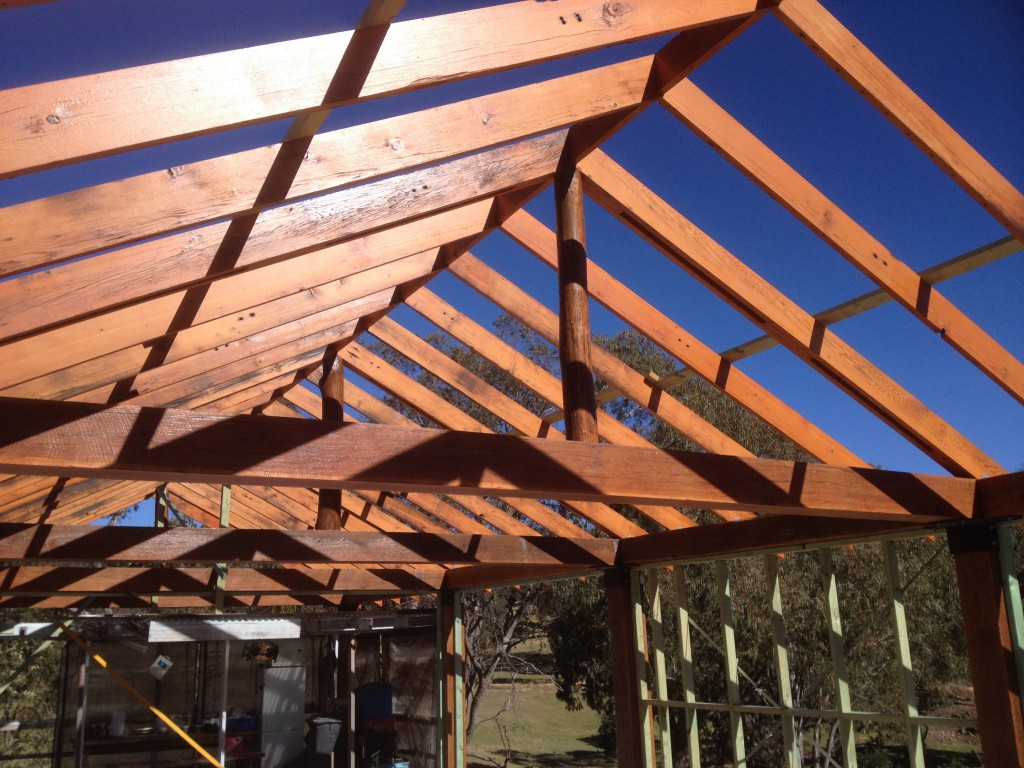 I’m using recycled oregan beams. There will be a double rafter over the posts to fill out the look and singles everywhere else. You will see that I’ve pre-painted the rafters using Intergrain DWD. I love this product! It really brings out the natural look of the timber as you can see in the picture. The sun is just gleaming on those timber posts. 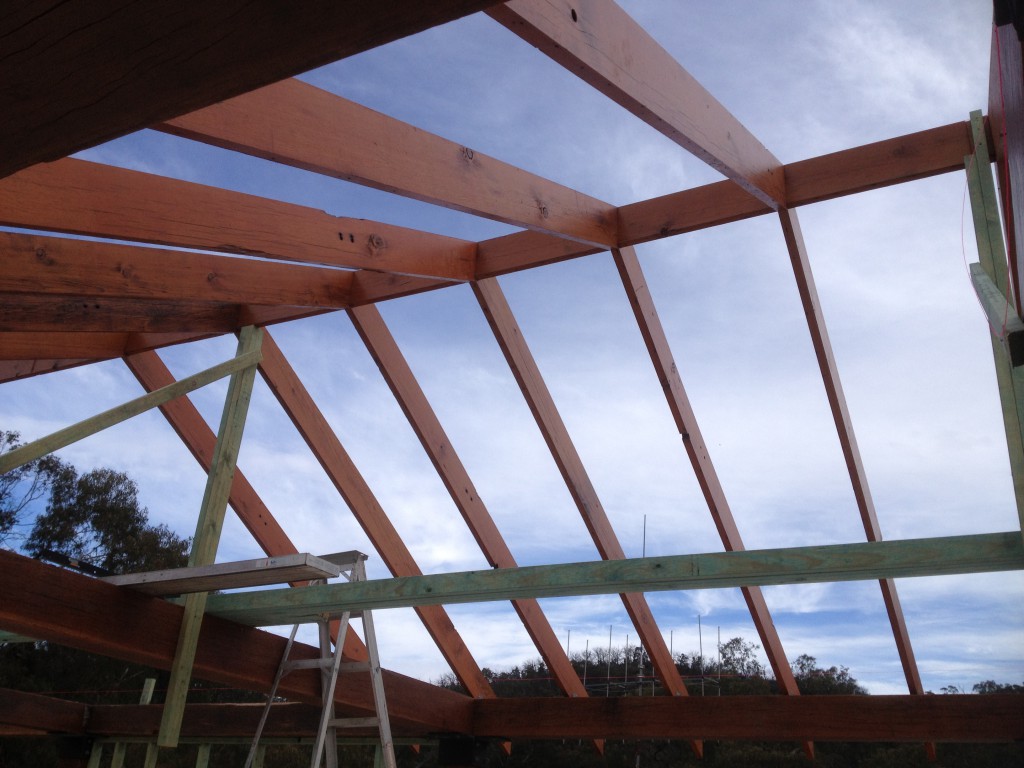 Finally, strutting the ridge beam are ironbark fence posts also painted with DWD. Don’t they look terrific! It was a big job indeed but what a result.

Well that’s it, for the moment folks. Keep following the build and let me know your thoughts via my Scotty Cam Facebook Page. EXTERNAL WALLS Well, as you know, it's been really busy over the last weeks with The Block and other engagements but I always find time to squeeze in where I can to continue my projects. So here is another update on my project Follow the ... [read more] Here is another update on my project Follow the Build Part 5.

You would have read Follow the Build Part 4 where I was working on the floor frame. Well I’ve got to say, this is the ultimate in carpentry for me. The big ironbark timber (which you can see), have got that real pioneer building feel to it. It’s just what I love with 23 magnificent sticks of 300 x 300 ironbark. The cross member beams are at 6m long, perimeter beams at 4.5m and posts at 4m. The 6m beams weigh in about 2 tonnes so machinery is required to cut them. It’s too big for a circular saw so it’s a chain saw all the way. 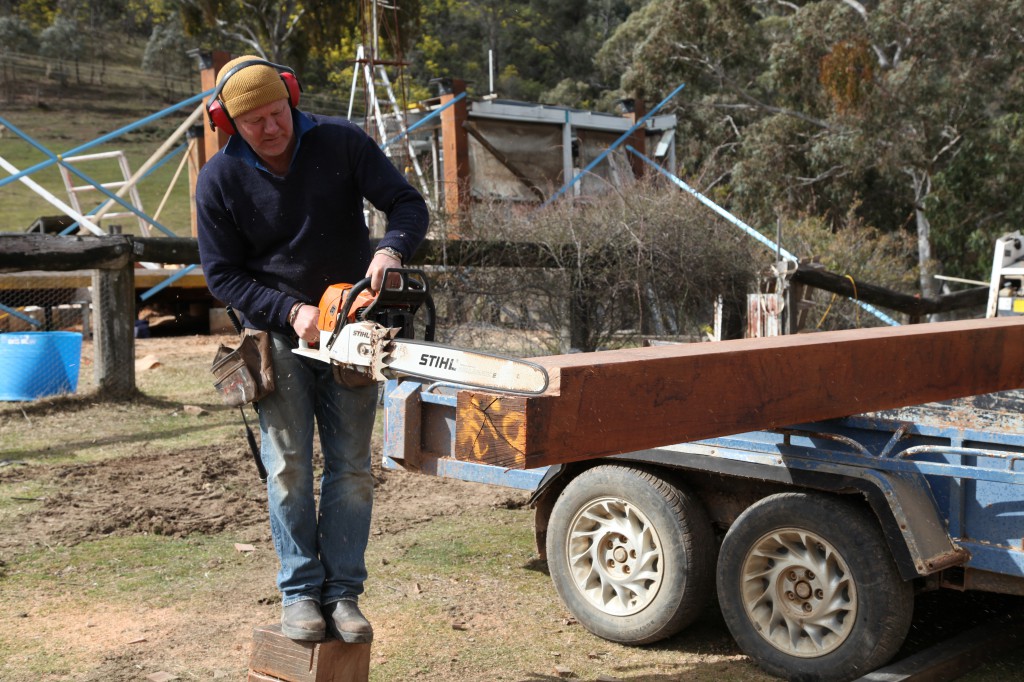 First thing to do is to cut and stand the posts onto a concrete pier with a handmade stirrup prepared below the deck. The pier has a screw pier in the middle of it going down about 3m. So affectively the hardwood posts is secured 3m below the surface. These need to be secure as they are the structural basis of the entire lounge, dining and kitchen area. The perimeter beams and cross member need to be cut precisely to slot into each other. This timber is expensive so measure 5 times and cut once and don’t stuff it up! Because the timber is so big and I’m using a chain saw I can have a tolerance of about 5 mls but of course trying to get it as good as possible is key. All the cross members and perimeter beams are all in contact with the top of the posts so all the load is not on just the brackets. Last thing to do is bolt the whole thing off and the finished product looks spectacular.

Well that’s it for the moment folks. Keep following the build and let me know your thoughts via my Scotty Cam Facebook Page. 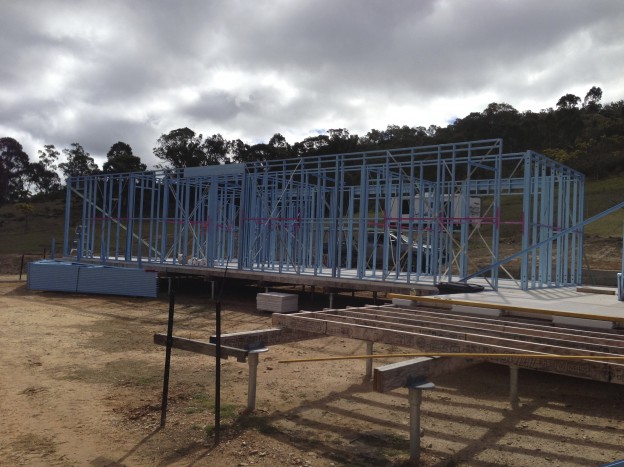 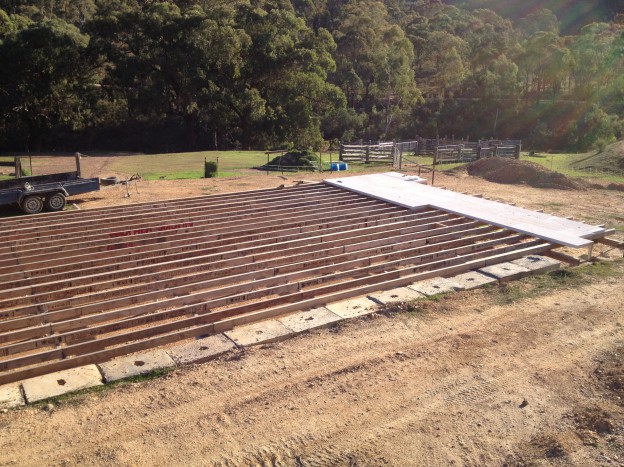