I had an old dam in the middle of the property about 15 mins drive from the homestead. I thought I needed to fill that with trout fingerlings and build a fishing cabin and that’s exactly what I did.

I had a bit of level ground to the side of the dam, so I cleaned that up with a machine and was ready to go with the piers. I dug a small hole to lay in a brick footing ready for the brick piers. Remember this is bush carpentry, quite isolated and no power. I laid the bricks in drizzly rain but absolutely loved it. Take a look.

#6 In my 12 Sheds of Xmas it’s clear that this bloke knows three things, cars, beer and how to put them together to make one ripper of a shed.

#7 in my 12 Sheds of Xmas looks like a real workman's shed and this bloke definitely loves his work. He built just about everything himself including the shed! [scotty_sign] [display-posts id='2552, 2488' title='Related: 12 Sheds o ... [read more]

#5 In my 12 Sheds of Xmas comes from Lawry in QLD and it looks like some serious work gets done around here, as well as some serious fun, too. Love it!

#4 In my 12 Sheds of Xmas from Greg in SA looks like an impenetrable fortress, and you can see why when you get a look at what’s behind it. When you’re 10 years old you need transport to get yourself to the shops, social occasions, the park, so you need the next best thing to a ute, The Billy Cart. Very simple procedure. Wait for the council clean up, find a pram and pinch the wheels and axle. Then find a timber fruit box from out the back of the local fruit shop (pinch that), bit of 3 x 2, bit of 3 x 1, bit of sash cord, all from Dad’s garage. Put it all together and your chariot awaits.

Here’s one of my versions I built in 1974. I know that because it’s written on the back of the photo. NB the classic desert boots.

There’s nothing finer than cooking a meal in a fire pit. We did it in our normal wood fired barby so often that I decided to build a dedicated fire pit. I get the fire going about 3pm and keep burning fuel until about 6, then we’ve got a good ... [read more]

My saw mill has a slab cutter, so we slabbed up an old stringybark tree to make this bush table. It was just out the back under a tarp and it came up a treat. We’ve had 100’s of meals with family and friends at the bush dining table. ... [read more]

#3 in my 12 Shed of Xmas, from Colin in Victoria, looks very stylish. The classic checker floor pattern is a nice touch. Beautiful.

#2 in my 12 Shed of Xmas comes from Nick in Victoria. I love grabbing a cold one down at the pub after a hard day's work, and I couldn't think of a better place to have a pub than in your own shed. Genius! [scotty_sign] [display-posts ... [read more]

#2 in my 12 Shed of Xmas comes from Nick in Victoria. I love grabbing a cold one down at the pub after a hard day’s work, and I couldn’t think of a better place to have a pub than in your own shed. Genius!

#1 in my 12 Sheds of Xmas comes from Trevor Kent in NSW. Trevor is a man that's after my own heart, just look at his tools and how beautifully arranged they are - can't say the same about my own. [scotty_sign] [display-posts id='2428 ... [read more]

#1 in my 12 Sheds of Xmas comes from Trevor Kent in NSW. Trevor is a man that’s after my own heart, just look at his tools and how beautifully arranged they are – can’t say the same about my own.

#2 in my 12 Shed of Xmas comes from Nick in Victoria. I love grabbing a cold one down at the pub after a hard day's work, and I couldn't think of a better place to have a pub than in your own shed. Genius! [scotty_sign] [display-posts ... [read more]

What a season it has been, all the Blockheads were very competitive this year. Some of them came in not really knowing what to expect and I think it was quite a shock for them when they realised just how hard it is to win. It’s easy for the people watching at home to say they could do better, but it’s a different story once you’re here putting in the long hours.

Sticks’ and Wombat’s renovations were a little bit too manly early on but they learned to soften things up in the end and I think they’ve done themselves proud.

Clint and Hannah got off to a rocky start with the whole tile issue, but they stuck it out and I’m happy to see how far these first-time renovators have come. 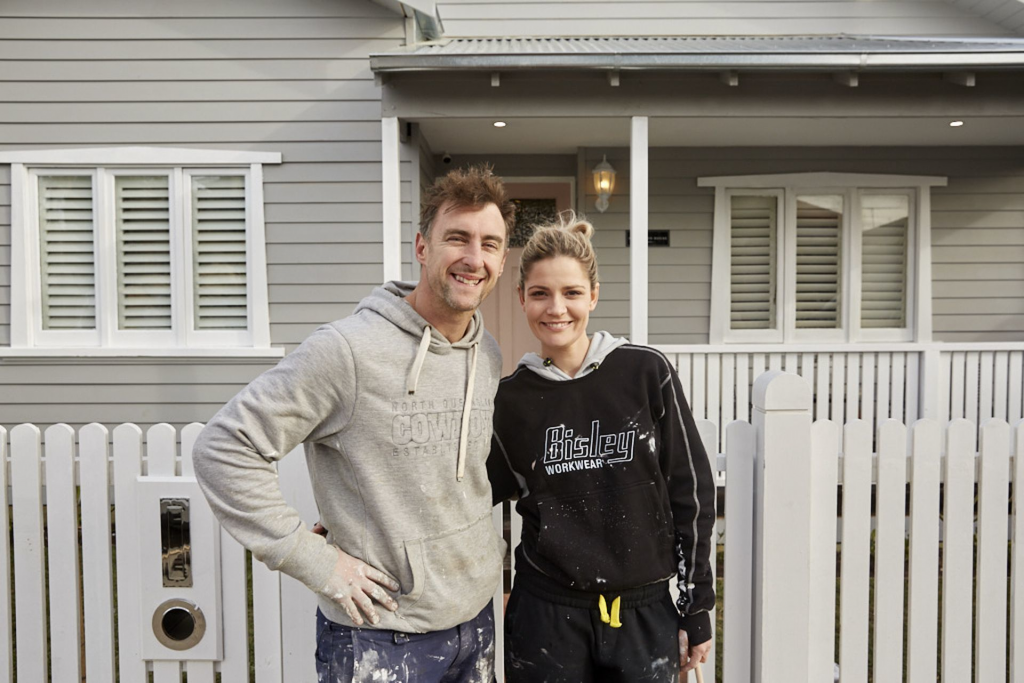 Sarah and Jason left me scratching my head on more than a few occasions but they managed to turn it around towards the end. Their early stumbles might come back to bite them though.

Ronnie and Georgia were extremely competitive from the very beginning and they proved time and again that they’re here to win.

Josh and Elise just quietly went about their business, and showed they’ve got what it takes to win. I wouldn’t be surprised if they pulled it off.

It’s anyone’s guess who will win at this point.

Wrap up of studio week

Another massive week in terms of space. Three-car garage, it’s gotta be gyprocked and plastered and sparked, and all that sort of thing. Plus a massive bedroom, plus a walk-in-robe, plus an ensuite again. The thing I think is that those garages ... [read more]

Backyards, one of my favourites

The backyards are incredible. Some of them are going to put pools in, some of them might have a lot of trouble getting them in i.e. Ronnie and Georgia. But I love backyards, backyards are my thing. I love a barbie in the backyard. I’ve built ab ... [read more]